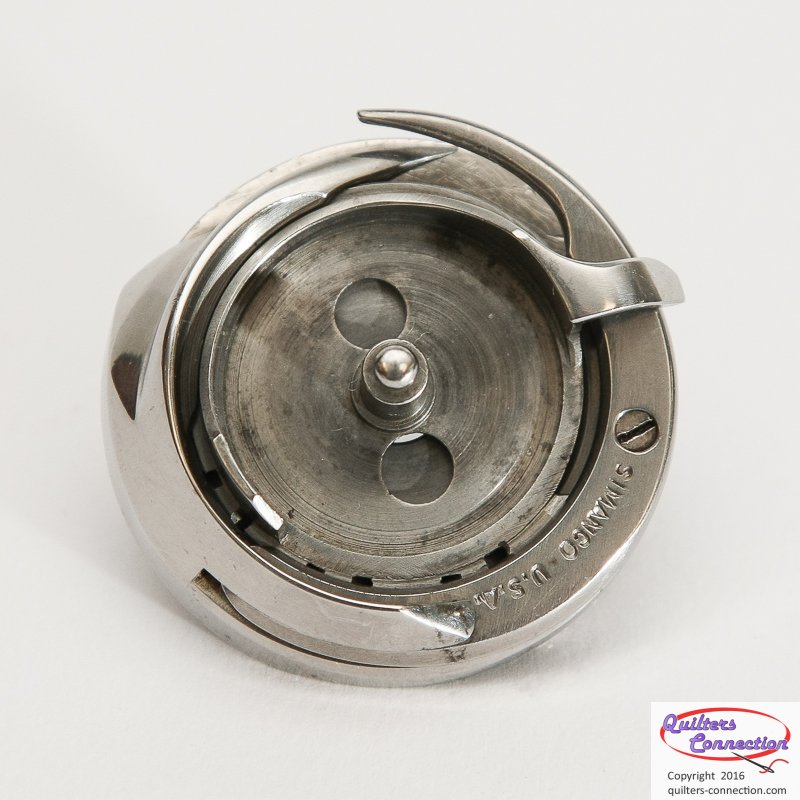 The later style rotary hook allows for easy removal of the bobbin case base to remove a thread jam, clean, and oil the hook.

We offer the later style rotary hook, complete with gib arm, screw, bobbin case base, and both set screws for attachment to the hook shaft.

After installing a new hook, when you put the needle plate back on don't forget to align the position finger of the bobbin case base to the twelve o'clock position, in between the leaf springs on the bottom of the needle plate!